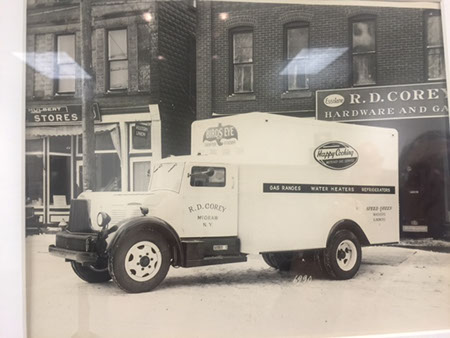 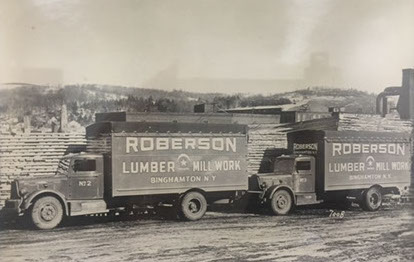 The Cook family first became involved in the trucking industry in 1918 when Everett D. Cook and George A. Brockway decided to establish the first Brockway truck dealership in Binghamton, New York. Everett ran the business and worked on firmly entrenching the Cook name in the Binghamton market. In 1935, his son, Henry, joined the company.

Due to the importance of the trucking industry to the war effort, Henry received a deferment from the draft when the World War II started in 1941. Henry’s brother, Charles, was drafted but could not serve due to medical reasons. Henry felt that either Charles or he had a duty to serve their country, so he convinced Charles to become his partner in the business so he could join the war effort. Through this act of patriotism, Cook Brothers was born.

At the conclusion of World War II, Henry returned to Binghamton and the company prospered. Cook Brothers added major vendor lines, increased its marketing efforts and entered a new facility in 1959.

In the 1970’s, a third generation of Cooks became involved in the family business when Henry’s son, Henry Jr., joined the organization. In 1977, Bob Seyerlien joined the organization and together with Henry Jr., started planning the course for the future. In 1982, the company took a major leap forward when it entered into an agreement with Mack Trucks, Inc. to become the Mack Truck dealership in the Binghamton area. In 1988, the final member of the current ownership team was added when Mike Venuti joined the organization. The 1980s saw further expansion for Cook Brothers as they renamed the dealership Triple Cities Trucks and also increased shop operation services.

Triple Cities Mack continues to grow and offer the very best new and used trucks in their markets. Always seeking to solve our client’s transportation requirements, Triple Cities Mack has gained a loyal following and looks forward to helping all our customers with any sales or service needs in the future!